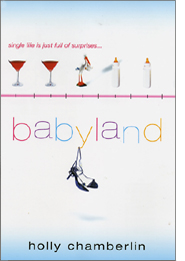 Anna Traulsen has a great career, is engaged to a handsome, up and coming man in big city real estate named Ross Davis, and has the best friend a woman could want in Alexandra Ryan Boyd. Everything in her life is just where it should be until she discovers one morning that she’s pregnant. How’s Anna to break the news to her fiancé, who most emphatically does not want children?

To Anna’s complete surprise, Ross is thrilled with the news. Before long, the baby – his heir – has taken on more importance than Anna herself and she begins to realize that marrying Ross Davis might just be a very big mistake. Her grumpy but sexy and talented colleague Jack has always taken a dim view of her fiancé, but then again, Jack’s prejudiced. He’s been in love with Anna for some time but is too principled to interfere in her plans for marriage to another man.

And then – Anna miscarries. Within hours of the sad event, Ross and Anna end their engagement. While Alexandra experiences joy at the re-establishment of the most important romantic relationship of her life, Anna experiences – emptiness. That is, until she begins to reconsider her feelings about her difficult but brilliant colleague. When Jack suddenly announces that he’s taken a new job across the country, Anna knows she must act fast and with courage if she’s to build the kind of life she really wants after all.